We had a fantastic water-splashy time at our weekly social group, Curious Minds.  The girls are beginning to feel more settled there and M looks forward to it all week!

We were back at the scout hut again today, but this time for the girls’ Judo class.  Today they were being graded and so I thought I would pop along too (I usually use the time to relax or do cleaning).  It was so full on!  I think M found her match in a boy who is equally as strong and skilled as she is; and D had a few bumps but bravely soldiered on.

They both passed their grading test and D now has 3 stripes on her red belt while M moves up to an orange belt!

We’ve been dipping our toes into film making over the past few days, following on from a question from M in the car about how long it takes to make a film.  This led to looking at special effects on Harry Potter: including Mrs Weasley’s knitting needles (not CGI but an amazing little machine!), quidditch and Voldemort’s nose.  Which then led to looking at a real-life invisibility cloak.  We’re probably watching 2-3 films a day and there is soooo much learning arising from it.

In other news, the same day I published my ‘rainbows and unicorns‘ post, M had a tearful/angry meltdown.  The space between meltdowns have definitely lengthened, to the extent that I begin to wonder if she has Aspergers at all.  These meltdowns leave me feeling very helpless as she can’t be soothed with a hug and a chat as I could with D.  To me, the reasons for the meltdowns are ridiculous (hair getting on her nerves/unable to complete a puzzle/too hot) but to her the problems must feel enormous and insurmountable.  This meltdown was a timely reminder as she has her ASD assessment in two weeks time.  I’m feeling a little nervous about it but mostly looking forward to it: it will be a relief to be listened to, get some answers and move forward with it.  M seems nonchalant about the appointment but that may mean there is stuff simmering underneath that she isn’t showing me yet… 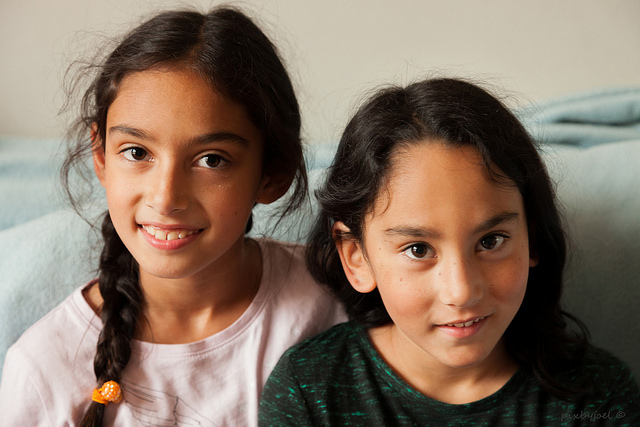 I haven’t posted for a long time because it feels strange to be commenting on how my nearest and dearest are living their lives (and also invasive?) especially when they’re social media savvy and can do so themselves if they wish to. So I feel it’s now time to lay Educating Sausages to rest. It certainly served it’s purpose - home education can be a lonely road and it was a pleasure to share our lives with you for the past few years and to peek inside yours too. I’m now sharing bits of my own life over at @bbgbabba It’s mainly health and fitness related as at 44 I’ve only just realised that sitting on the sofa all day will not help with my longevity 🤷🏻‍♀️ You’re welcome to come and join me and watch me embarrass myself. Thank you for all your support and kind words ☺️ Love Lucy